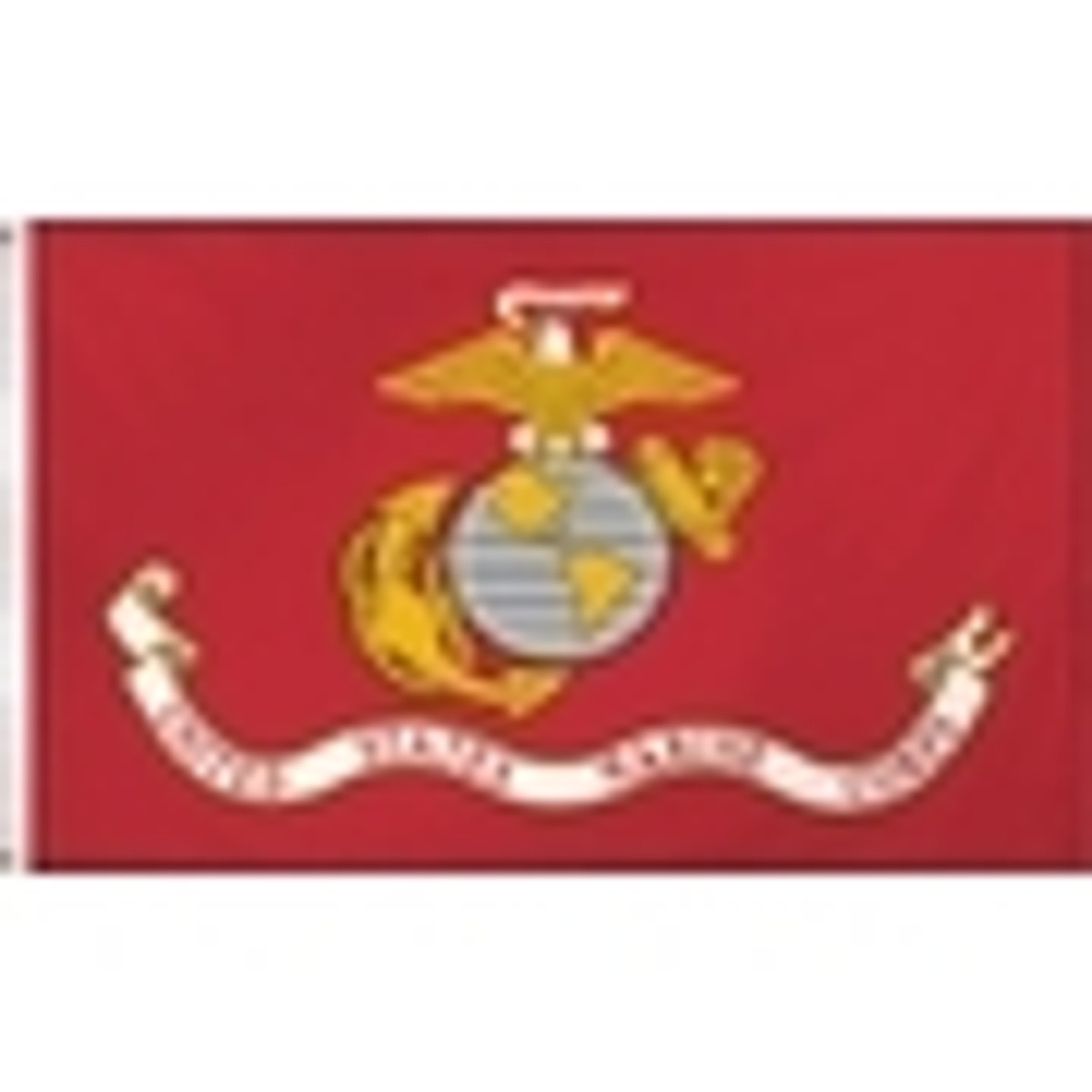 The U.S. Marine Corps Flag, also known as the standard or battle color, is the official flag of the U.S. Marine Corps. The flag features a red field with the Marine Corps emblem in the center in shades of grey and gold. The design was adopted in 1939. A slightly altered indoor or parade version has also been established with gold fringe along the perimeter.
Online Stores offers a variety of Marine flags to choose from to honor our brave servicemen and women. The flags are ideal for military groups like the ROTC, military bases and more. Our USMC flags come a variety of sizes and materials to suit your needs and your budget. All U.S. Marines flags are made to meet the official standards for the design set forth by the U.S. Government.